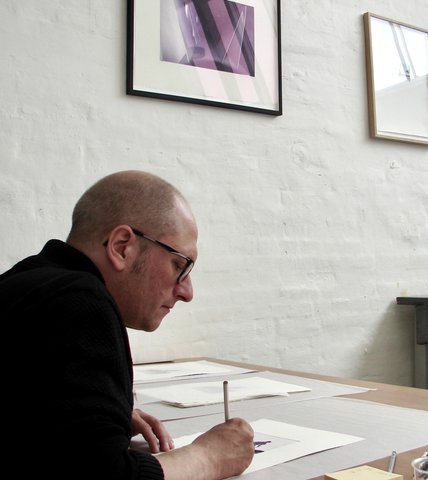 MORTEN SCHELDE belongs to the generation of Danish artists that have contributed to the renaissance of drawing as an artistic media in Danish contemporary art.

Alongside some of the most celebrated Danish artists, Morten Schelde participated in 2010 in the decoration of the Danish Crown Prince Couple’s private residence – Frederik VIII’s Palace, known also as the Brockdorff’s Palace. Schelde’s contribution to the interior decoration of the palace was a mural in one of the reception chambers. A dreamlike image of the engine room of the offshore patrol frigate HDMS Vædderen was chosen as a subject for the artist’s depiction. Along with the Crown Prince of Denmark, Schelde took part in the third Galathea research expedition travelling as far as Greenland on board of this ship.

The departing point for Morten Schelde’s artistic universe is the world around him. Schelde combines those impressions with some surreal and imaginary elements building this way his artistic cosmos on the tension between those different worlds. Schelde’s monochrome palette is another characteristic trait that contributes to the sense of the surreal in the artist’s work.

Just like in his drawings and paintings also in his graphic work, the departing point is the mix of the world he sees around him and fiction. Merged together, the two form scenes of understated drama where the narrative remains open to the interpretation of the viewer. 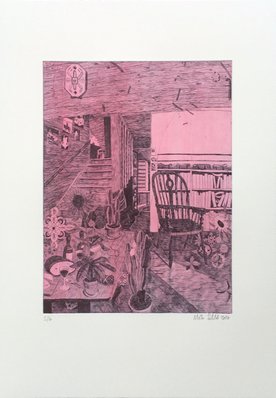 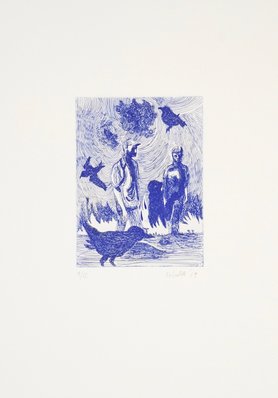