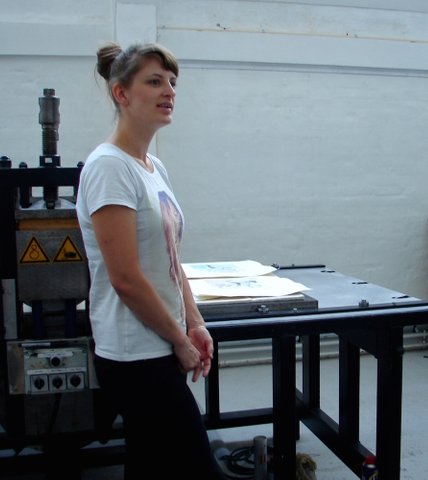 DITTE EJLERSKOV works with a whole range of artistic media. However painting is more than often the starting point for her artistic practice. Mainstream culture and in particular the universe of American pop idols have over the years become an object of her special attention. She sees herself not only as a mainstream consumer, but also as a fan who follows and collects information about the life of her idols. Her source material can vary from YouTube to art history and to image material gathered from her own camera. She uses the traditional subjects of still life, landscape and portrait to explore the themes of feminism, race and gender.

Even though Ditte Ejlerskov insists on painting as her primary artistic media her general approach to art is rather conceptual. The outcome of her artistic practice changes facets in accordance to her current interest. That explains the ease with which she shifts media. In her project My Bajan Letters she approaches Rihanna. The iconic popstar becomes both a subject of Ejlerskov’s depiction, but also an object of her investigation.

Ditte Ejlerskov is approached by an e-mail scammer, who is desperately trying to make her transfer money to him. She embraces the opportunity as a way to come closer to Rihanna through him and learn more about the upbringing of her idol. With the unsurprising dead end of the correspondence with the imposer, Ejlerskov decides to embark on a journey that will bring her to Rihana’s hometown. Along the way, Ejlerskov decides to make a movie that will document her trip to Barbados.

The still image from the film I Splurge Myself made by the artist became the source material for Ejlerskov’s photogravure project Abbreviation. The work attempts to serve as a bridge between the artist’s real-life stay in Barbados and the dream-like experience of her journey. While investigating Rihanna’s early life on Barbados Ejlerskov is followed by a camera that documents no presence of the pop star. On the other hand, the camera is full with footage on Ejlerskov. This way the artist is allowing the spectator to have an intimate glance into her own life. 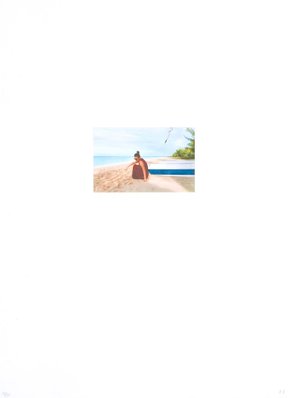 Edition of 20
Signed & numbered by the artist