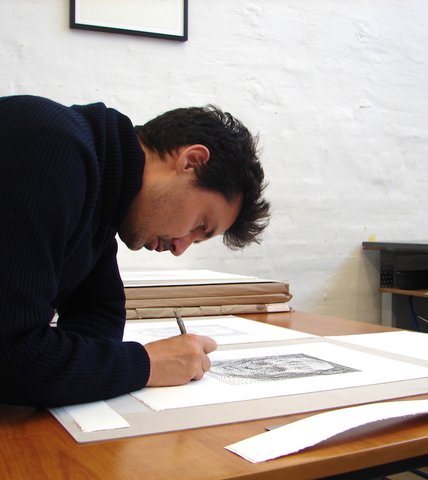 CARL KRULL is a draughtsman, a sculptor and a performer with an artistic practice that is centred around drawing.

Intrigued by the idea of merging the foreground with the background Carl Krull was looking for a way of taking a step away from the use of outlines in his work. He found a way to form his subjects using a line as an elastic medium.

Krull’s lines grow like tree trunks with the formation of new wood layers or water ripples that begin to expand with a slight blow of wind. In his most recent body of work, Carl has been using a seismographic work method, a vibrating line that ‘records’ his subjects. A work method that he developed during a road trip in the United States.

With his primary focus being the line Krull’s idea is to use it as a network of signs from which a figure or a motive would emerge. This distinctive artistic expression transforms his drawings virtually into three-dimensional realities making us believe that the image is about to break out of its two-dimensional support.

Interestingly Krull continues to refer to his finished works as sketches where he focuses more on the process rather than on the final result. That explains perhaps the improvisational aspect of his work. Even though he always has an idea when starting a new drawing he allows the unexpected also to be present. You can say that Krull’s works are a result of an encounter of two opposing modes: control and abandon. On the one hand, his artistic bravura guides his eye-hand coordination. On the other, as his body interacts with the work, his physical presence becomes an integral part of his work process. Only once the work is finished will the lines materialize into an image. 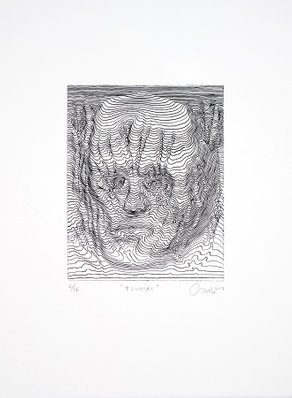 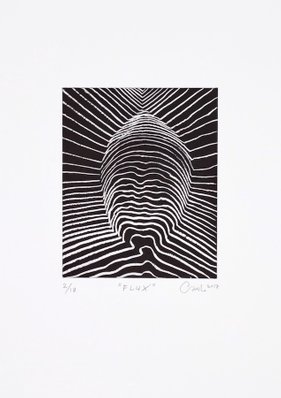 Edition of 18
Signed & numbered by the artist